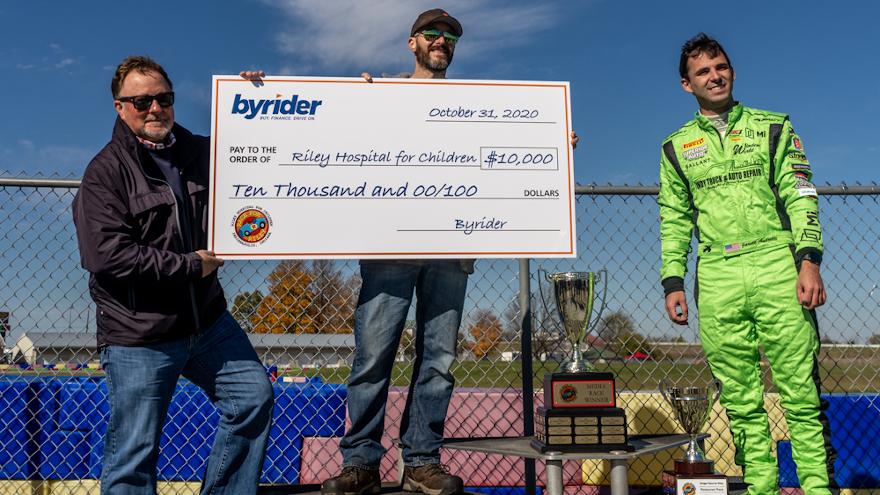 BHPH: Byrider donates another $10K to Riley Hospital for Children

This week, the chain of buy-here, pay-here dealerships announced it donated $10,000 for Riley Hospital for Children through its annual Race For Riley, held on Saturday at New Castle Motorsports Park in New Castle, Ind.

The Halloween event marked the 17th year Byrider has participated in the race, raising more than $92,000 in total during that timeframe.

Founded in 1997, the Race For Riley was founded by John Andretti and Dave Wilson, who created a team of racers and a series of events featuring a go-kart race that have raised more than $5 million for children who are patients at Riley Hospital for Children.

John Andretti recently passed away, and the event continues with his son Jarett Andretti’s involvement.

“We are proud of our long-term sponsorship of the Race For Riley and are pleased to give back to children who are hospitalized, especially during these difficult times,” Byrider chief executive officer Craig Peters said in a news release.

“This cause is near and dear to our hearts and the go-kart race has been a highlight for our team for many years,” Peters continued. “Our fundraising efforts are an integral part of what makes us who we are as an organization, and we look forward to participating each year.”

Byrider was represented by Ron Peterson, son of Byrider director of real estate Steve Peterson, during the sponsor race. Byrider has won the race four times since the company became a sponsor.

In addition to racing, the Byrider team also has volunteered to visit the children at the hospital during their stay in pre-pandemic years.

The race was originally scheduled to be held in June, but was delayed due to the pandemic. Four heats were raced with Byrider participating in the sponsor race.