Byrider is the nation's leading used car and finance franchise 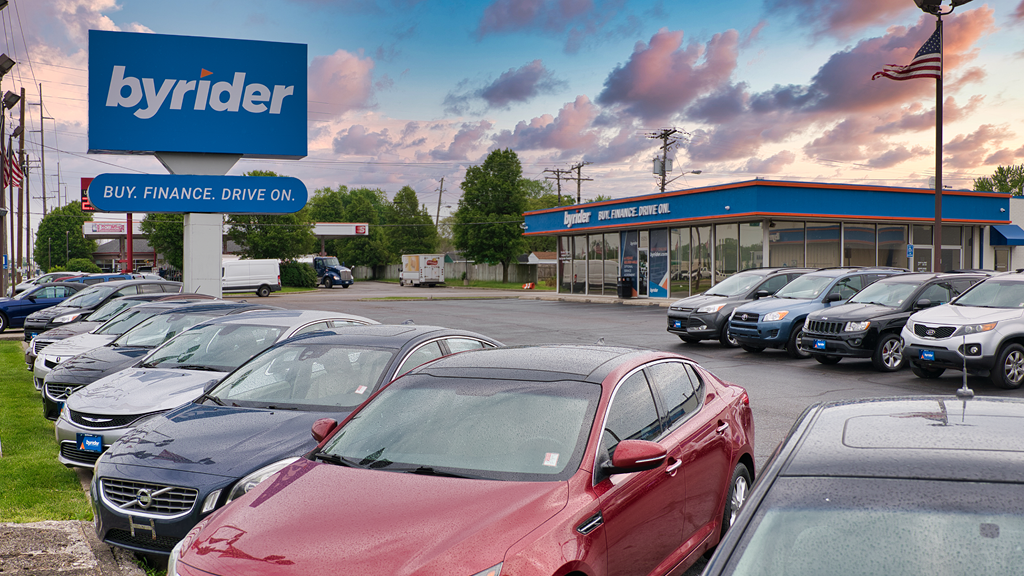 Byrider has a used car dealer franchise opportunity that stands out from all the rest. Our unique approach to running an auto loan franchise has resulted in Byrider becoming the largest company in the used car market industry. But why should YOU open a Byrider Dealership in your community?    Serve the Underserved  According […] Byrider Inducts Two Into Its Hall of Fame

CARMEL Ind. (Apr. 12, 2022) – Byrider, one of America’s largest buy-here-pay-here used car dealerships and franchise systems, made public the induction of Winston Sleeth and Steve Petersen into the company’s hall of fame, which recognizes contributions to the growth and culture of Byrider. “Winston and Steve have been so important to the growth of Byrider in their own ways,” […] Byrider has been helping communities own and drive quality used cars since 1989, and in that time, we’re proud to have become the nation’s leading used car dealership and finance enterprise. Our automotive franchise opportunities allow Byrider franchisees to capitalize on a thriving industry, one that takes on increasing importance each year, as consumers continue […] What Does the Byrider Auto Business Investment Look Like and What Can You Look Forward to as Our Franchisee?

Today, more and more people are reevaluating their careers and thinking about small business ownership as their way to live a more fulfilled life — and we applaud them! Owning a business can mean the potential for excitement and reward, especially when you make an auto business investment in a Byrider franchise. We’re the nation’s […] What Makes the Used Car Sales Franchise Model Such a Superior One Over Going It Alone?

Right now, the American economy is humming along, and at the heart of it are millions of small businesses and their owners, who work hard in hundreds of different industries to provide important goods and services. We applaud anyone who chooses to go into business for themselves, especially if they’re opening a used car dealership. […] Do You Already Service Cars? If So, a Byrider Auto Sales Franchise Opportunity Is Something to Consider!

If you’re currently in the used car industry as a service provider and you’re looking for a way to utilize your existing skills to grow your bottom line, a Byrider auto sales franchise opportunity is something to seriously think about. You’re already servicing vehicles — why not sell and finance them, too? As the nation’s […] Craig Peters, chief executive of buy-here-pay-here lender Byrider, has focused on two key areas since the COVID-19 pandemic hit: Innovation and community engagement. The company kicked its digital efforts into high gear and now “innovation is more of a part of [Byrider’s] culture than it ever has been,” Peters told Auto Finance News. Byrider has more than […] Ready to Join Byrider? Our Entry points Are Flexible

The Byrider Automotive Franchise Opportunity Features Flexible Entry Points and Unmatched Brand Recognition If you’re thinking you’d like to become part of the robust used car industry, and are shopping around for an investment opportunity, you should know that the Byrider auto dealership franchise offering features flexible entry points that, depending on your goals and […] Our Franchisees Make All the Difference to Our Brand and Their Communities!

Byrider Car Dealership Franchise Opportunities Make All the Difference to Communities Everywhere! At Byrider, we’re incredibly proud of our respected and recognized brand name, and we know our growth is a result of a lot of hard work on the part of our corporate team and our franchisees. Byrider used car dealership franchise opportunities are […]